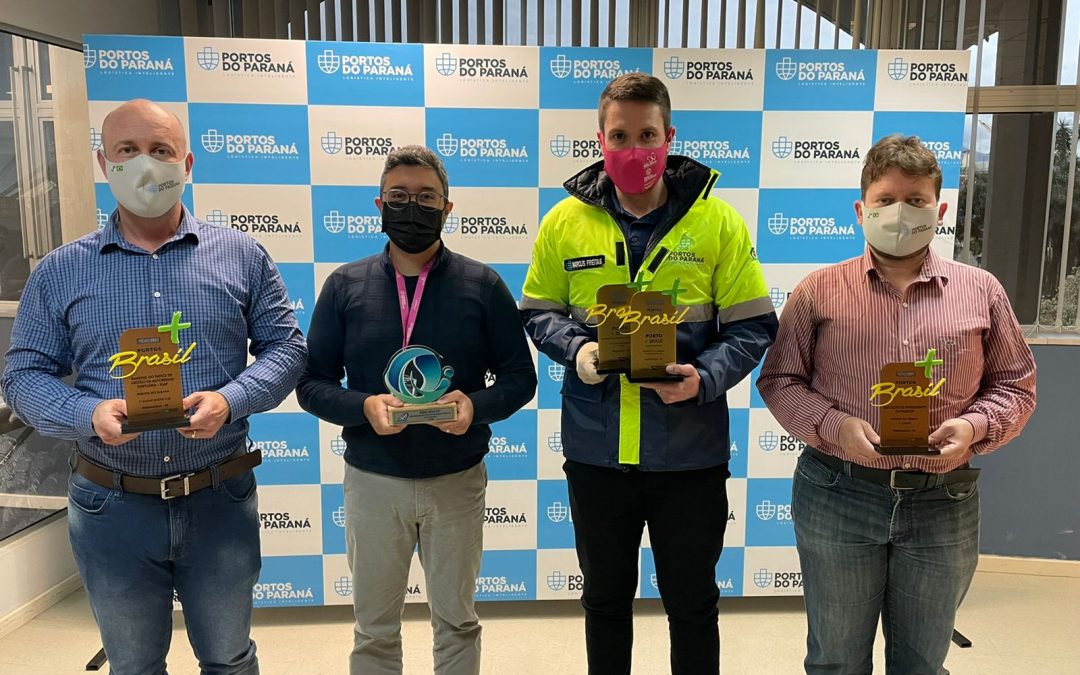 The administration of the Ports of Paraná has been awarded, consecutively, for good management, operation and environmental practices. In September, there were two categories of the Portos + Brasil Award, by the Ministry of Infrastructure. This month, two other items highlight the efficiency and quality with which the public company is conducted.

As the representative entities of the productive sector – the countryside and industry of Paraná – point out, national recognition is also observed within the borders of the State, in the results generated by the good performance of logistics and port management.

Professionalism is the word chosen by engineer João Arthur Mohr, manager of Strategic Affairs of the Industry Federation System in the State of Paraná (Fiep), when referring to the administration of the Ports of Paranaguá and Antonina. “For the productive sector, having efficient ports is fundamental. And this is a characteristic of the current administration”, he says.

Also according to Mohr, another highlight of the performance of the public company in the management of the State’s port terminals is transparency and dialogue.

“With this efficiency, we were able to reduce our logistical costs; increase our competitiveness; and serve our customers more efficiently. This partnership has been very good in recent years, bringing results to the productive sector in Paraná”, adds the representative of Fiep.

AGRICULTURE – Ágide Meneguette, president of the Faep/Senar-PR System, endorses by stating that the awards won by the ports of Paraná reinforce “the excellent work carried out in recent years”.

According to him, the importance of the ports for agribusiness, for the State and for the whole country, mainly in the flow of the grain harvest and animal proteins produced on a large scale, is irrefutable.

“But for this protagonism to be confirmed, as has been the case, it was necessary to have efficient management, with dynamism, decision-making in favor of the productive sectors and quality in the services provided. We have been observing all these aspects on a daily basis, which makes us satisfied with the service provided and the results obtained”, Meneguette.

AWARDS – From the “Portos + Brasil” Award, given on September 1st, by the Ministry of Infrastructure, Portos do Paraná was the winner in two of the eight categories. Thus, the public company repeated its leadership in the 2020 ranking.

With the highest score in the Management Index, among the country’s port authorities, 9.0 points (IGAP), Minfra attests to the management capacity of the ports – considering financial, accounting, administrative transparency, tax and labor regularity issues, in addition to maintenance of waterway accesses.

Another category awarded by the Ministry, last September, was “Execution of Planned Investments”: an index of 76.1%. “The consecutive awards we have been receiving in recent years only attest to the technical capacity and commitment of the entire management and team to the ports of Paraná”, says the director-president of the public company, Luiz Fernando Garcia.

AGREEMENT – This month, on the 14th, the technical quality of the management of the ports of Paraná was once again a national highlight in the Antaq 2021 award. The two categories awarded by the regulatory agency recently were “Regulatory Compliance”, among the organized public ports, (1st place) and 2nd place in the Environmental Performance category, modality “Biggest Environmental Performance Index 2020”.

“As a regulatory agency, Antaq defines several items that we have to meet to ensure the quality of port operations and minimize the risks of the activity in general. Not everyone can comply; not only did we comply, but we were awarded for giving the best response to the sector’s regulations”, says Garcia.